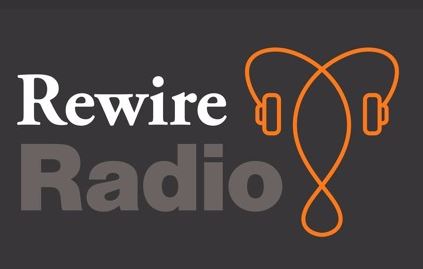 Host Jenn Stanley navigates the stories as she talks with women about the laws that put people in choiceless situations.  She’s spoken to women across the country who face barriers to abortion, birth control, and pre-natal care.

Episode #1, Candice: When is it okay? 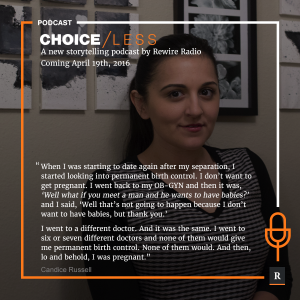 Discusses how she herself, born to a teen mother who was never meant to parent, formed a narrative of what it meant to grow up in neglect and how that informed her decision when she found herself pregnant.

“Keeping reproductive health care separate from other healthcare is a way to shame and control the bodies of women, trans, and gender non-conforming people.” says Stanley during the intro to Episode #9.   This episode features Dr. Debra Stulberg who sheds light on how Catholic health-care systems and the conscience and refusal clauses “allow people and institutions such as hospitals, pharmacists, employers, and insurers to refuse to provide, pay for, or refer for medical treatment.”

Thoughtful, heartbreaking, informative, and real … this podcast is for those who need to understand that Choice is a complex issue and who would benefit from hearing women speak first hand about their experiences.

Check out the Choice/Less series on Rewire Radio through Sound Cloud and on iTunes.